What Goes on In the Dark Web?

The World Wide Web has always been a valuable source of information and a reliable means of communication to masses of users across the globe. With more than 5 billion Google searches made every day and a projected $3.5 trillion online retail sales for 2019, you’d think that the internet as we know it is already as vast as it can be.

Unknown to most people, however, is that the surface or visible web—the part of the internet which the average user can access through search engines—comprises only about 4% of the entire web. The rest is composed of the deep web, a small part of which is the oh-so-mysterious (for the curious) but essentially shady, dark web. 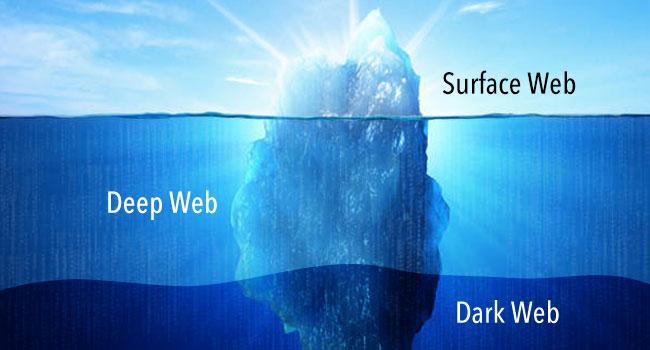 Now just so we’re clear: the dark web is part of the deep web. The two are often used interchangeably, which creates the erroneous impression that they are one and the same.

The dark web is actually only a subset of the immense deep web. Also called the invisible web, the deep web is defined as the part of the internet that you cannot access directly from a Google or Yahoo search. For instance, it can be something as simple as your email or private Facebook profile, a web forum that requires registration, or private databases and web pages of government and other organisations that were not intended to be accessed by the general public. So, deep web—huge but mostly mundane.

The same, however, cannot be said of the dark web.

THE DARK WEB—THE WHAT AND HOW

The dark web specifically refers to the collection of websites that are intentionally hidden from the search engines with the use of masked IP addresses. It is generally made up of a number of encrypted networks, which can effectively conceal users’ identities and locations. Its most clear-cut differentiator from the rest of the internet is that it can only be accessed using a specialised software.

The most commonly-used tool for getting to the dark web is The Onion Router, or TOR. The TOR is a dedicated browser that allows users to access onion sites—pages or websites in the dark web that are encrypted to ensure maximum privacy. Using the TOR network, users are also assured that their ISPs are unable to see their browsing activity, and that the websites they are visiting would not be able to identify their location. The TOR does this by re-routing a connection request several times before finally reaching the destination site.

WHAT HAPPENS THERE, STAYS THERE

Seeing how ‘guarded’ the dark web is, it begs the question: Why the need for all the secrecy? Well, one of the most obvious conclusions to be derived is that there is a lot of illicit activity going on there. And that much is true. About 57% of dark web sites are known to facilitate criminal activity, as revealed by a study made two years ago by researchers Daniel Moore and Thomas Rid of King’s College London.

What happens in the dark web includes the full gamut of illegal transactions, from buying and selling of drugs, firearms, fake identities, hacking tools, counterfeit notes and other contraband, money laundering, trading of financial and personal information, child pornography, hiring of contract killers, and a host of other questionable and downright reprehensible exploits. The crypto-currency Bitcoin is the medium used in the trading of goods and services, because it allows the parties to conduct transactions anonymously.

While a major part of the dark web is not for the faint of heart, there are also other reasons for people to utilise a TOR browser or go to the dark web. Many use it to browse anonymously, thus protecting their identity and confidential information. Secure exchange of communications is also valuable for select groups of TOR users such as the military, police, journalists submitting reports from a hostile country, whistle-blowers with vital information, undercover agents and the like.

A BLOW TO THE ILLICIT DARK WEB

Now, just because the dark web is commonly associated with criminal activity doesn’t mean it’s simply allowed to go on unchecked. In fact, law-enforcement agencies around the world are joining forces to take down these illegal sites, with some degree of success. High-profile criminal marketplaces have been shut down in recent years: Silk Road in 2013 (with its founder sentenced to life in prison in 2015), and AlphaBay and Hansa in 2017. More investigations are ongoing, but at the same time, many more sites are being created.

A lot of gruesome stories that come out of the dark web are the stuff that urban legends are made of, and it’s sometimes difficult to decipher which are actually true and which are just embellished. One thing’s for sure, though: you can use the dark web simply for anonymity, or you can use it for nefarious purposes—of course, with potentially grave consequences.

THE IMPORTANCE OF HTTPS

SETTING UP A NEW COMPUTER

A total of 200 simulations fitted to baseline data were used for the final analysis.